Published by The Sydney Morning Herald on March 3, 2017

The Dalai Lama has joined Pope Francis in calling for Myanmar Buddhists to end violence against Rohingya Muslims in what the United Nations says amounts to ethnic cleansing and possibly crimes against humanity.

The Tibetan Buddhist leader revealed he has privately communicated with Myanmar’s de-facto leader Aung San Suu Kyi “to use her influence to bring about a peaceful resolution to this problem”. 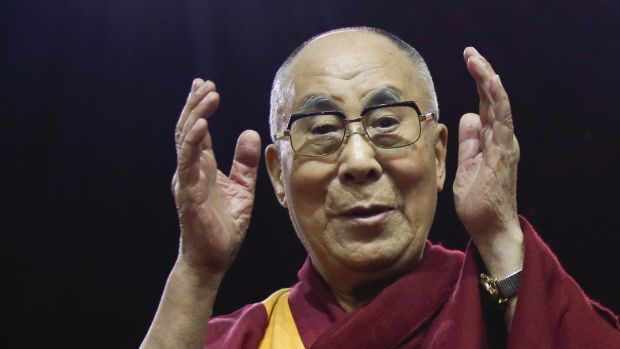 The Dalai Lama is keen to meet US President-elect Donald Trump. Photo: AP

The Dalai Lama made the appeal in written comments that will be read at the first hearing of the Permanent People’s Tribunal on Myanmar at London’s Queen Mary University on March 6 and 7.

“All the world’s major religions convey a message of peace and compassion, so it is especially saddening when we hear of violence being used in the name of religion like the very unfortunate events concerning the Muslim community in Burma [Myanmar],” he wrote, referring to the plight of more than 1 million Rohingya living in Rakhine state on Myanmar’s western coast.

Myanmar is a Buddhist majority nation.

Among the atrocities was the slitting of a baby’s throat while his mother was being gang raped.

The tribunal on Myanmar, which is expected to sit in London, New York and Kuala Lumpur, was established in response to requests made from Rohingya and Kachin, both ethnic minorities which claim they have suffered crimes at the hands of Myanmar government troops.

Public figures will sit on the tribunal that will hear testimonies from victims and genocide scholars before reaching a verdict later this year. 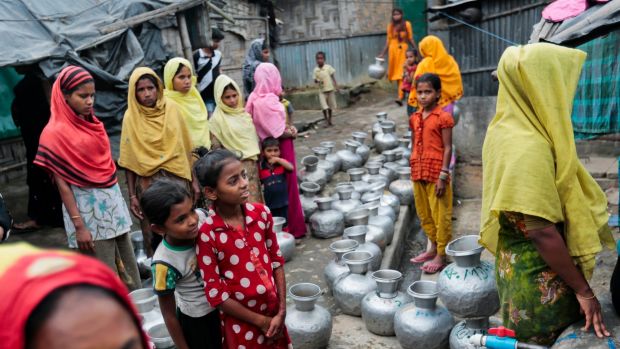 Ms Suu Kyi, who was kept under house arrest for 15 years for standing up to Myanmar’s military, appears now to hold little sway over powerful generals, despite leading her National League for Democracy to a landslide victory at historic elections in late 2015.

The military has denied any atrocities have taken place while Ms Suu Kyi’s government has accused the media of publishing fake news about the plight of Rohingya, despite the displacement of 90,000 from their homes since October, when attacks on police border posts prompted a brutal military crackdown.

Almost 70,000 fled across the border to camps in Bangladesh.

A group called the Harakah al-Yaqin or Faith Movement, which has links to Rohingya living in Saudia Arabia, claimed responsibility for the attacks, sparking fears of a new wave of terrorism in the region.